She has collaborated with Teatr ZAR since 2004 co-creating the performance pieces Gospels of Childhood, Caesarean Section, Anhelli: The Calling, and Armine, Sister. She is the creator or co-creator of music for films and theatre productions in Poland and the US, and founder of a music production studio called FoxTerrier Production. Aleksandra works with Georgian polyphonic singing, both during source expeditions and as part of her own research.

Together with Tomasz Wierzbowski she leads music work on Teatr ZAR’s Anhelli: The Howl. Aleksandra conducts in-depth research into polyphonic music, which she started in 2013. She also works with Orthodox Christian chants which she researched in Lviv, Saint Petersburg and Supraśl. She shares the results of her work in workshops. Aleksandra has practiced yoga since 2005. She completed three one-year improvement courses with Paulina Stróż, a Junior Level 3 yoga teacher. In 2016, in India, she completed an eight-week breathing course. Committed to continually improving her skills, she attends workshops with the best Polish and international teachers. She is currently preparing for the Introductory Level 2 exam.

Throughout the last decade, Aleksandra Kotecka and Tomasz Wierzbowski have led numerous vocal workshops in Poland and internationally (in the US, Europe, Asia and South America) for individual participants (both professional and amateur), theatre ensembles and drama school students. Their extensive experience teaching workshops for a diversity of students enabled them to develop effective teaching tools which also proved useful in long-term projects such as Actor’s Atelier (whose first edition took place in Paris and Wrocław in 2018 and 2019), as well as their original didactic program VoiceLAB, dedicated to a deepened work with the voice, which they conduct in Wrocław and Paris. 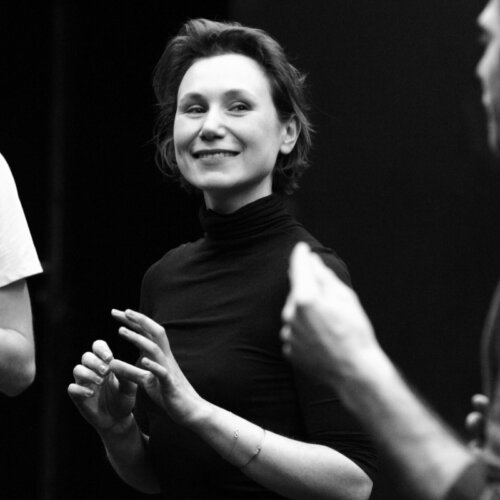