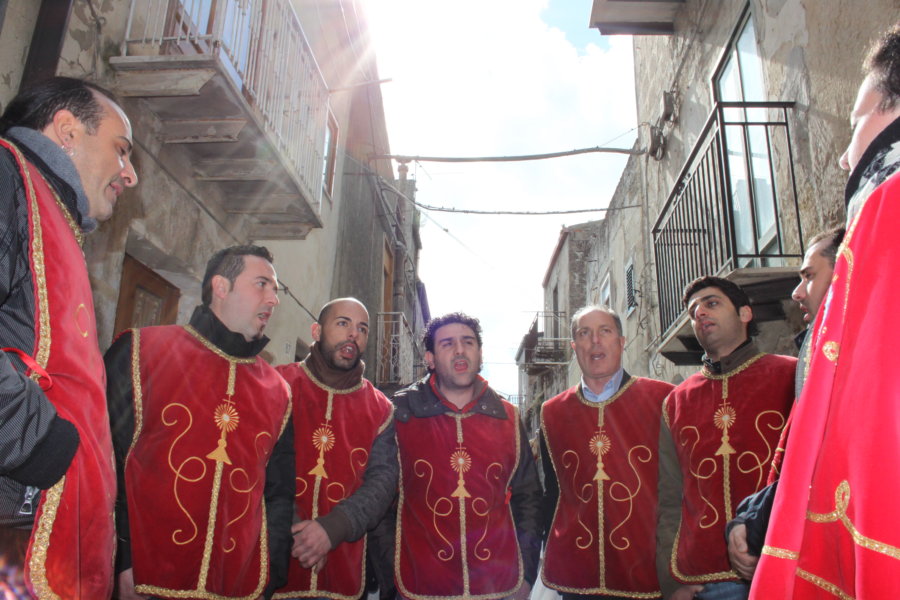 This small city of about 10.000 people is located in the geographical core of Sicily and each year, during the Holy Week, its five Confraternities carry the tradition of ancient ceremonies and share them with the close participation of the whole society.

Here Teatr ZAR found a rare form of polyphony and, thanks the openness and friendship of the singers of the Arciconfraternita del SS. Sacramento, could have a close look into their voices and unique way of displaying them in what they call “lamentations”. With them, in September 2016, the Grotowski Institute organized the 1st edition of an important program of research and exchange called “Il Lamento del Mediterraneo”, during which voices and traditions from the three main islands of Mediterranean Sea could meet and dedicate their sounds to the victims of immigration.

About the Sicilian singing confraternities talk: