Soloist of the ensemble, was born in Washington, D.C., U.S.A., where she studied singing and participated in early music ensembles and chorales as soloist and chorist.

Upon her arrival in Paris in 1974, she continued her voice studies at École normale supérieure de musique and Conservatoire national supérieur de musique of Paris. At that time she taught singing at the Centre d’études polyphoniques et chorales de Paris, and sang and recorded with various early music ensembles.

Virginia Kerovpyan has been working with the modal system and vocal technique of Armenian song since 1981. Through this experience she has attained a kind of voice production and ornamentation particular to the intrinsic musicality of the Armenian language, both the classical language for liturgical chant and dialects for folk and troubadour music. Her interpretation brings to fore the modality of Armenian chant and extends the possibilities of discovering and transmitting the essence of this music. 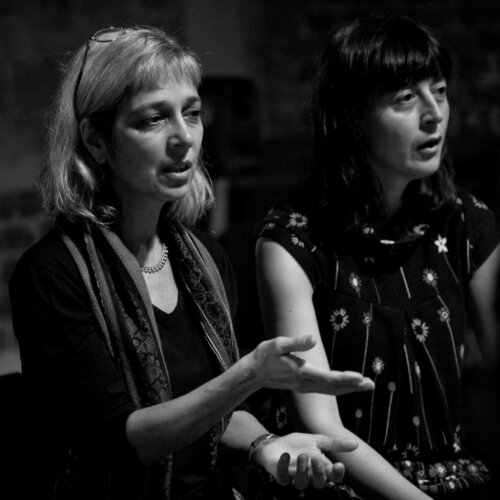